Maya and the Wishing Ball

Maya was an ordinary child living in a city like any other. She was four, going to kindergarten and she could tie her shoelaces. Maya still could not read, but she liked it when others read to her because she loved fairy tales. She enjoyed them as much as she liked ice cream, or riding her pink bicycle, with helping wheels. 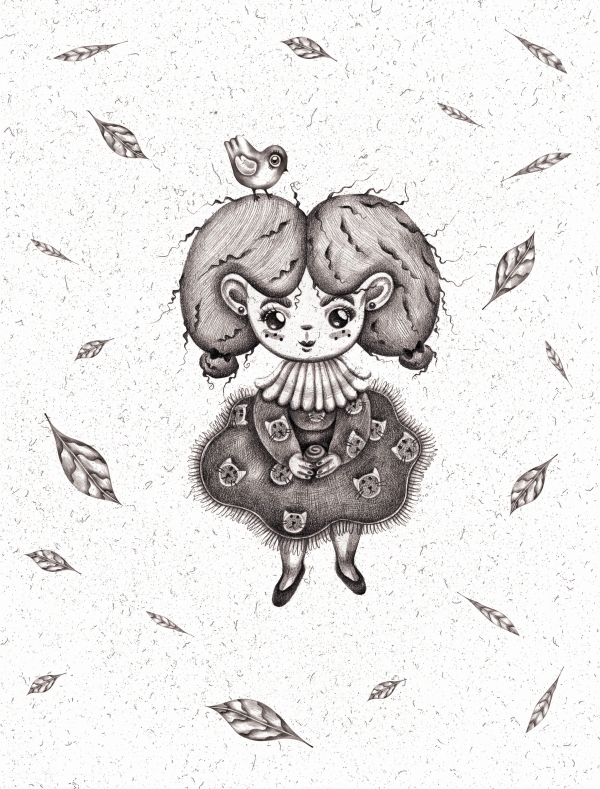 Also, Maya loved adventure! But she never got to do anything special. She was just an ordinary child living in an ordinary house, having a mother like yours, a brother and a grandmother, and she went to the same kindergarten. Okay, maybe not exactly the same, but if you had mistakenly entered her kindergarten, you could have confused it with yours. They were so much alike!

However, sometimes even an ordinary child can find adventure. Right? For Maya, that happened one day, on her way to the kindergarten when she discovered a tiny elastic ball. Apparently, an ordinary one, green! She dropped it into her pocket and kept going. 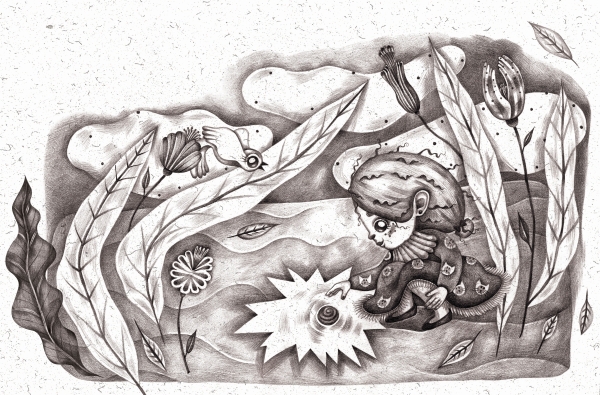 Granny scolded her. She told her that the ball was dusty, it was not hers, and that she should have left it where she had found it. I don't know what you do when you're being criticized, but Maya pouted. She would have wanted Granny's lecture to end! As she always wanted when she was in trouble. She wanted her problems to magically disappear!

Maya pretended to throw away the ball, but in fact, she spun it like a magician and put it back in her pocket. As always, it seemed that someone was there to ruin her day!
When she arrived at the kindergarten, she didn't say goodbye.
"Adios!" she cried. And she sprang through the door, without seeing that Granny was no longer where she had left her.

On that day, everything went wrong. She didn't want to cut paper, didn't eat, nor did she do other usual stuff. She just played with the ball. The teacher tried to take it, "better not to swallow it," but she quickly retorted.
"Leave!" whispered Maya, pushing the ball toward the "lady." And puff, the teacher was gone! 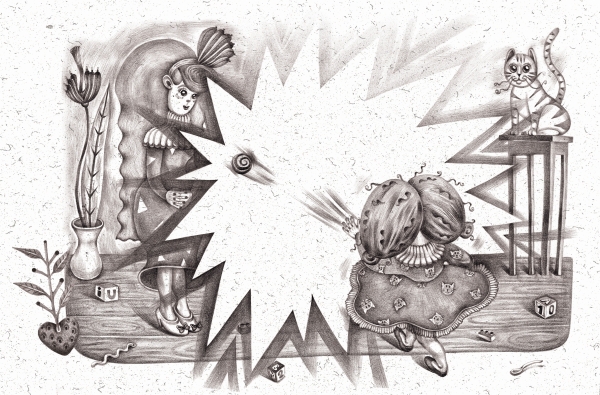 By the end of the day, Rob crushed her Legos. And that was bad! Maya yelled, touching her green ball in her pocket, thinking that she would have wished Rob not to damage her buildings again.
"Get out!" screamed Maya.

When she looked back, waiting for him to argue, he had vanished! Maya was amazed, but also happy. Now she could have restored her Lego palace without fearing that anyone would break it down.
In her mind, she had begun to suspect something.
"Does the ball help me?" she chuckled.

At dinner, Maya told her mother how she made Rob disappear, and Mom smiled. Maya wasn't pleased that she did not believe her, but she showed Mom the "magic" ball and told her to ask Granny - she was there when she found it.

But Mom told her that Grandma was in her room, asleep.
"Maybe you made her disappear too!" laughed her brother, Mick, then he whispered, "You're playing baby games," and this made her very upset.

Mick knew how to read, it was true, but he was just two years older than she. So he was not the center of the world! The girl stared at him through the eyelashes, spinning the ball toward him.
"I do not want to see you again!" she said, and Mick disappeared.

Maya went to bed. After such a day, she fell asleep quickly but did not rest. She dreamed that they had left her alone. She woke up sweaty and feeling bad.

When she looked at the alarm clock, she saw it was eight. Oh, no! She was late! She ran with her Mom to the kindergarten! On the way, she realized that she had not seen Mick in the morning. Had she made him disappear? He was a teaser, but he was her brother, and she loved him.

At the destination, she was met by a new teacher, and that scared her. It seemed like a confirmation of her suspicions! She has made one teacher disappear, and now they brought another. Moreover, Rob, the annoying colleague, was also missing.

She stared at the new teacher, and when she refused to tell her what had happened to "the other lady," Maya made a fuss. As sometimes children do, when they are upset or did not sleep enough.
When she finished, she saw that all of her colleagues were standing in the corner, near the exit, pointing at her. The girl got angry and turned the ball towards them.
"Go away!" she yelled, wanting to be left alone.

And after such ordeal, she dropped on a bed, wept a little and fell asleep.

She woke up feeling better, but hungry. She went straight to the dining room. But no one was there. Looking through the classrooms - they were empty. Have they all gone and left her there? 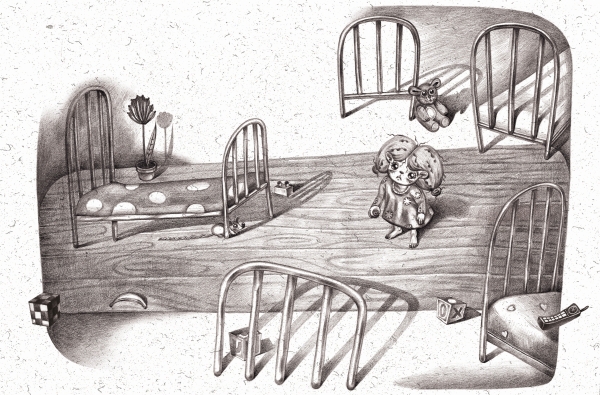 Maya was grieving.
"Isn't this what you always want when something upsets you: to have the problem disappear?" whispered The Wishing Ball.

The girl looked around. It was empty. Now she had no problems. No one was bothering her anymore! Just as she wanted! But she did not want to live in a deserted world.

She held the ball in her fist and wished her friends to come back. And it wasn't long before they returned to the kindergarten. They were noisy and cheerful. She was so happy to see them! The teacher was scared, because "they had forgotten her behind," so Maya hugged her and gave her the ball of her unworthy desires, convinced that she did not need it anymore.

The lady took the ball and bit it. Maya was surprised, but when she looked closer, she saw that the teacher had bitten a biscuit and that the ball had disappeared. Then, when the girl took a better look at her, it seemed that the "new" teacher looked a lot like the "old" one, except that she was... blonde. She probably had been dyed her hair. And maybe the poor woman did not know what "other lady" she was talking about.

Maya smiled and approached the other kids. They told her how it has been at the theater. That's where they were gone! Including Rob, whose parents have brought him by car.
Maya apologized and reconciled. Then they played, poked each other and argued, as they always did.
Maya was glad to have them back!

When she got home, she found that Mick and Granny had gone to school early that day. Now they were making biscuits with Mom. Maya hugged them. They were the most teasing of all, but she was happy to have them! Then they dinned in their ordinary home, in that city like any other, going on with their boring lives.

Soon, Maya completely forgot The Wishing Ball. She realized that the problems really vanish only after they were solved. Then others appear instead. And so on. But that does't have to make you yell or say bad words. It's fine like this.

A world without problems is a deserted world. And no one wants to live in it.